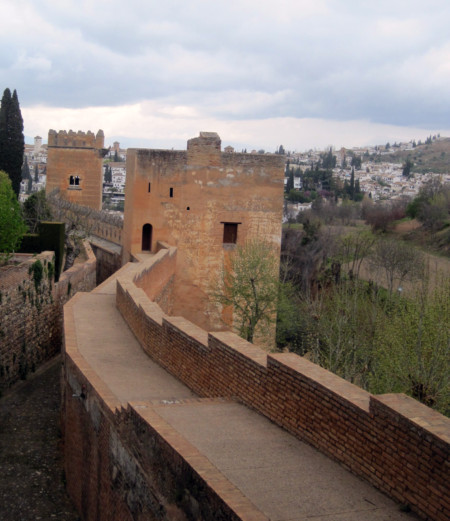 Granada really captured my imagination, and I’m not the first. The city’s ancient Moorish palace, the Alhambra, was brought to worldwide attention by American author Washington Irving, who stayed there briefly in 1829. Yes, that’s Washington Irving of Sleepy Hollow fame. Read more about the Alhambra’s history, starting in the 9th century, here.

After his visit to Granada, Irving wrote Tales of the Alhambra, which sparked interest in the beautiful, crumbling building complex. Fifty years later (it wasn’t the age of the internet, after all), the movement to restore the Alhambra had begun.

Nice to hear about an American writer doing something good abroad! 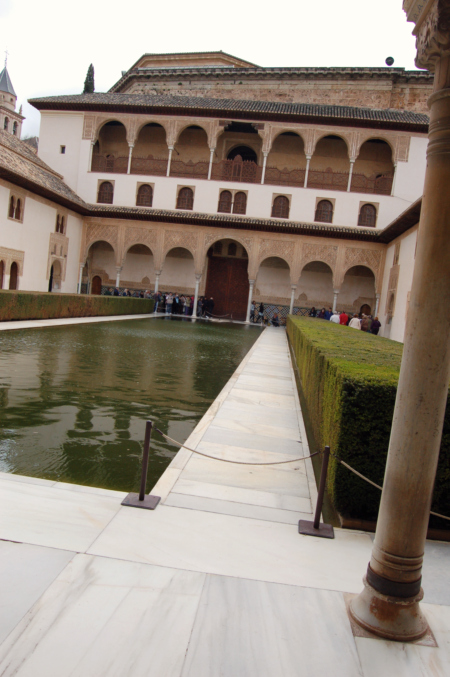 It’s easy to see why he was so inspired. I found myself wanting to move into the Alhambra. While the castles in northern Europe are impressive in their own right, the Moorish palace made me want to hang out on a chaise lounge, write a novel, and throw a party when the sun went down. 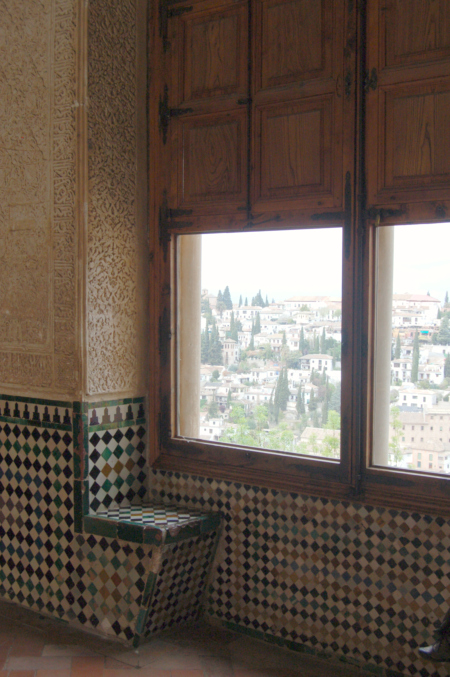 A good spot for a window seat, no? 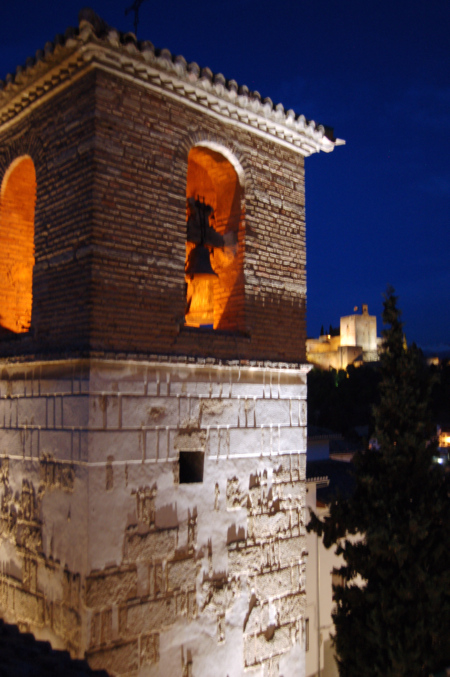 This was one of my favorite views of the Alhambra (there in the distance). This tower in the foreground, we discovered, is an 11th century minaret, the only remains of a mosque that was destroyed after Isabella and Ferdinand’s army conquered Granada. As in many places, a church was built right where the mosque stood.

It seems to be fairly common that one minaret was left when a mosque was destroyed (for instance, you see it also at Seville’s cathedral). If anyone knows more about the story behind that, I’d be interested to know.

As one of the last holdouts of the Moors, the whole city of Granada has a very strong Moorish influence. The ancient Muslim Albayzin quarter is particularly fascinating, with its maze-like cobbled paths and tangle of ancient white-stone buildings. And as I mentioned before, the food was great! 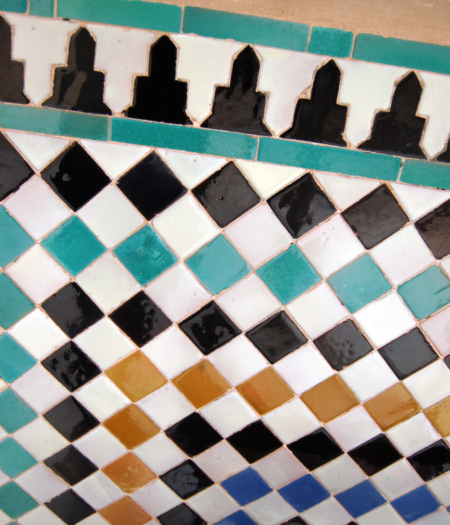 I threw some more Spain pictures up on my flickr gallery, so hop over there if you like. I went gaga over the tilework at the Alhambra and at the palace in Seville, the Alcazar. Sooo gorgeous! And I kept thinking: quilts, quilts, quilts!  So many ideas, so little time.

Travel Tip: if you’re interested in seeing the Alhambra, make sure you book tickets well in advance via the Alhambra website. We did book ahead but we still had some difficulty getting them—-luckily my husband’s Spanish saved us, but the process needs some working out of kinks. Also, take your smart phone—there’s a free app you can download on site. We didn’t bring ours so didn’t get to try it. 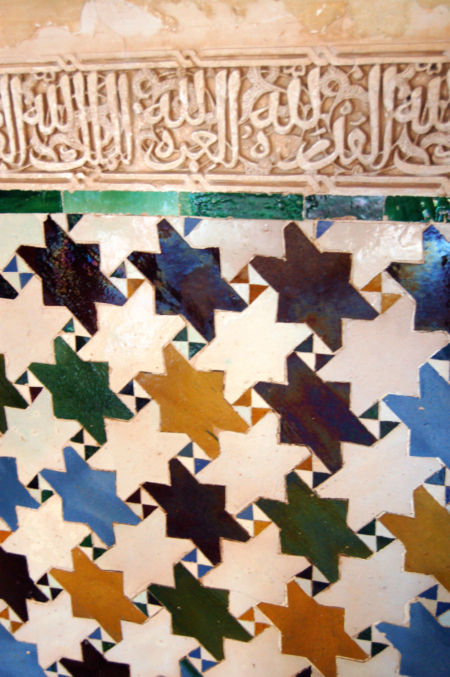 Next up you’ll be hearing from author Louise Hawes about using dreams in your writing. Can’t wait!

2 thoughts on “Inspired by Granada”